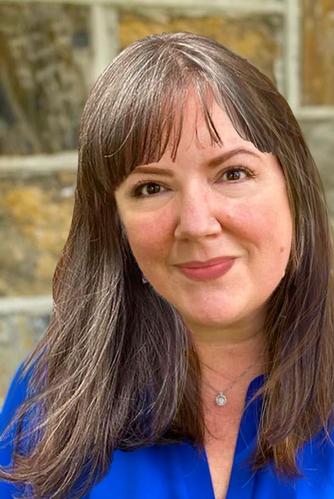 Then text or email for appointment.

Payment in full must be made before the start

of the session.  If payment has been made, appointment may be rescheduled if notice is

given within 24 hours before the scheduled time.

If you are interested in contributing to a student's scholarship fund, please contact us directly at contact@callbackcompany.com. We would love to speak with you about ways to make your financial considerations beneficial to all involved.

​​Julie Bearden Carver is a professional collaborative pianist, music director, voice and acting coach, orchestrator and arranger. Julie made her Broadway debut playing Piano 1 for Mary Poppins at the New Amsterdam Theatre in New York City. While in NYC, she accompanied Actors Equity Association principal and ensemble auditions, classes at NYU, and students at Barnard-Columbia Theatre program. At the Juilliard School and Carnegie Hall, Lincoln Center, Artis -Naples, and stages across the country, Julie has played many for notable composers, conductors, and vocalists including Jamie Barton, Andrea Bocelli, Bernadette Peters, and Eric Whitacre. Julie was the pianist for the 2012 NATS National Conference in Orlando where she played for the first annual National Musical Theatre Competition. She has accompanied dance programs at University of Illinois and Chicago’s Joffrey Ballet as well as RAD Syllabus auditions. With many orchestral performances on her resume in Southwest Florida and New York City, Julie most recently played many concerts with the Rome Symphony Orchestra including a chamber ensemble performance of the Stravinsky Septet.

Julie is the Founding Artistic Director of The Callback Company, a musical theatre audition coaching and consulting service where she prepares vocalists and actors for a variety of performances, competitions, and college auditions through group and private in-person and Zoom lessons. Her roster of piano and voice students have been accepted to prestigious college voice, piano, and musical theatre programs across the country including University of Michigan. Julie’s vast vocal coaching experience in Atlanta, Chicago, New York City, and Southwest Florida, has included preparing actor singers for performances on the stages of the Metropolitan Opera, Broadway, national tours, and regional productions. As a musical theatre vocal coach and clinician, she has given masterclasses at several high school programs, Florida Gulf Coast University and for Tampa Bay NATS at the University of South Florida.

Recent Music Direction credits include Next to Normal for Gulf Coast Symphony, Young Frankenstein and Head Over Heels for New Phoenix Theatre, and Matilda, Jr for Naples Players Kidzact program. Other notable credits include Assistant Musical Director of the 2010 national tour of The Sound of Music and The Shortened Attention Span Festival premiere of Echo and Narcissus at the Players Theater, NYC, and the Choral Director for Rome Symphony Orchestra Chorus (Georgia) productions of La Cenerentola and Children of Zeus, Rome Shakespeare Festival’s The Fantasticks, and The Spongebob Musical for The Grand Theatre as well as multiple shows with The Naples Players in Naples, Florida.

Former college positions range from Adjunct Instructor of piano and voice to Assistant Professor and Musical Theatre Specialist. Most recently, she was staff accompanist and musical director for Berry College and Artist in Residence vocal coach/collaborative pianist for the Department of Theatre and Performance Studies at Kennesaw State University in Spring 2021. Academic theatre credits include: Dogfight for Berry College, The Secret Garden and She Loves Me at Shorter University, Carousel and Into the Woods at Reinhardt University, and A Chorus Line for the Illini Union Board at the University of Illinois where she was the Musical Director for ISYM Musical Theatre camp from 1997-2001.

Arranging and orchestration credits include the 2009 New York City premiere of her revue It’s the Talk of the Town: The Music of Jerry Livingston, as well as a new musical setting of Two Gentlemen of Verona, a 2019 in collaboration with Gail Deschamps, formerly of Florida Shakespeare Festival, and A Shakespeare Cabaret with The Rome Shakespeare Festival starring Indra Thomas, Sherri Sutton, and Jill Hames in May 2021.